Enter your City name or Pincode

Pratapgarh is a town in the Indian state of Rajasthan and serves as the district headquarters of Pratapgarh district. It is the newest and 33rd district in the state that was formed on 26 January 2008. It belongs to Udaipur division and carved from the erstwhile districts of Udaipur, Banswara and Chittorgarh. The city is famous for its Thewa art, glass-inlay handmade unique jewelry, and is surrounded by many tribal villages. Small scale mining operations of red ochre, calcite, dolomite, quartz, feldspar and soapstone are also prominent here. 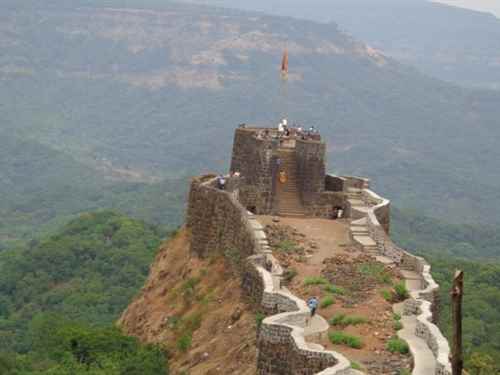 With an average elevation of 491 metres or 1610 feet, Pratapgarh is located at 24.03° N 74.78° E. After Mount Abu, it is the second highest place in Rajasthan. The district has a unique location on the junction of Malwa Plateau and the Aravali mountain ranges. The district has total area of 4, 11,736 hectares out of which 1, 20,976 hectares is forest area. The district receives annual rainfall of 856 mm and the soil is highly fertile here. Jakham, Mahi, and Siwana are the major rivers flowing here. The district shares border with Mandsaur District to the East, Neemuch District to the North and Ratlam District to the South. The district is quite hot in summer with maximum temperature hovering to 44 °C, the best time to visit here being October to February.

Pratapgarh is well connected to other major cities of Rajasthan by road and air transport. However, due to height of the district, there is no railway line present here. There are frequent buses running to and from here. Dabok (Udaipur) is the nearest airport from here.

In the 14th century, Chittorgarh was ruled by Maharana Kumbha who expelled his younger brother Kshemkarn from the territory due to a dispute. For some time, Kshemkarn's family lived as a refuge in Aravali ranges and in 1514, his son Rajkumar Surajmal became the ruler of Devgarh which was later known as Pratapgarh Raj. The royal family did not find environment of Devgarh suitable and later Rajkumar Pratapsingh, one of the descendants of Raja Surajmal, started building a new town near Devgarh in 1698 and named it as Pratapgarh. After Indian independence, it remained an independent district from 1948 - 1952, however with the reconstitution of district boundaries it became part of Nimbahera district and then Chittorgarh. It was in 2008 that it was declared an independent district of Rajasthan.

Pratapgarh has a blended culture of old and new. There are many tribal cultures that thrive here in the nearby villages along with the outer part of the district moving towards urbanization today. There are many development plans that have been executed here by the government after declaration of Pratapgarh as an independent district. As per census of 2011, district had a population of 868,231 with a good sex ratio of 982 females for every 1000 males.

Agriculture is the main occupation of people in Pratapgarh. The major crops grown in the region are wheat, barley, maize, groundnuts, soya beans, gram, mustard, some pulses and opium. As per 2011 statistics, there are 6781 farmers holding license for cultivating opium. Jakham dam, located in Anooppura village of Pratapgarh Tehsil, is the major irrigation project of the district, the foundation of which was laid on 14 May 1968 by chief minister Mohan Lal Sukhadia and actual irrigation project completed in 2000.

In addition to agriculture, there are also some small scale mining operations of red ochre, calcite, dolomite, quartz, feldspar and soapstone being done in the district. Today the economy of Pratapgarh is quite strong and developed to a great extent offering all kinds of modern amenities.

There are many places of tourist interest in and around Pratapgarh including Devgarh Fort, Bhagwan Shiva Place at Gautameshwar, Sita Mata Wild Sanctuary that are worth visiting. 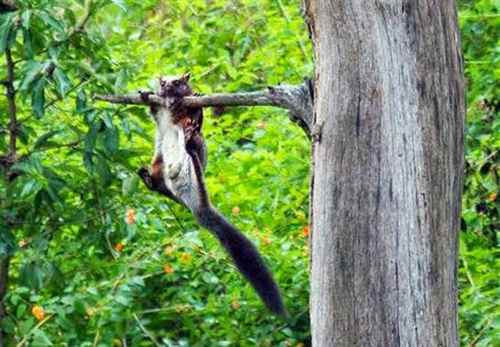 It is a thickly vegetated sanctuary that is spread over the Aravali and Vindhyachal ranges. It is the only forest having teak trees of building value. There are 50% teak trees here along with salar, tendu, amla, bamboo and bel. Leopard, hyena, jackal, fox jungle cat, porcupine, spotted deer, wild bear, four horned antelope and nilgai constitute major fauna of the sanctuary. The most important animal in the sanctuary is flying squirrel that can be spotted flying between the trees during night time. There are three rivers flowing through the sanctuary, Jakham and Karmoj being the major ones. It is believed that Sita Mata, wife of Lord Rama, stayed here during her exile period in the ashram of Saint Valmiki. 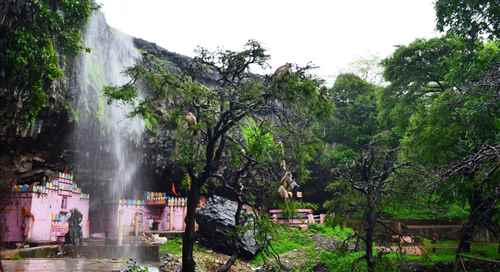 Located around 3 KM from Arnod Tehsil of Pratapgarh district, this is a famous temple of Lord Shiva and valued same as Haridwar of the region in the Hindu religion. As per mythology, "Sultan of Malwa" tried to destroy this temple and made a wide cut in the Shivalinga with his sword.

Devgarh
Also known as "Devliya", it is located 13 KM from the Pratapgarh city and is an important ancient city place. It is located on a small hill at an elevation of 1809 above the sea level and is surrounded by small hills. Rajmahal, old Bawadia, Catchment areas and Jain temples are located in Devgarh along with famous temple of "Beejamata". There is a fair that is organized every year in Beejamata temple. One can even visit temple of Lord Raghunath in the Rajmahal where a solar clock is placed on the top of temple. The different temples here truly justify the name of the city. 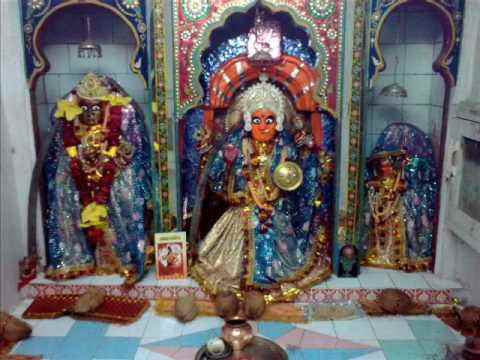 This is an ancient temple that was built in the year 491 AD by King Gori of "Manvaiyani genus”. The temple is located around 3 KM from Chhoti Sadri Teshsil of Pratapgarh district and was quite popular in 5th century also. Today the temple is well known as “Bhanwar Mata Shakti Peeth". There is a waterfall near the temple that makes the atmosphere lively and worth visiting.

Are you a Business Owner?

Add the products or services you offer